A promotional image of A. (SK Telecom)

Baptized A., pronounced “ay-dot”, the Korean-language virtual assistant takes on the appearance of a toddler in a raincoat. Powered by a natural language processing model, users will be able to engage the virtual assistant in conversation on topics such as the weather or ask it to play music or videos. It also offers foreign language support in English, Chinese, and Japanese.

“(A.) was developed based on the GPT-3 language model, which enables users to engage in a smooth conversation with the assistant,” said Lee Hyun-a, vice president and chief product officer. of SK Telecom, in a press release. Monday press briefing.

Lee added that SK Telecom is accepting feedback from open beta users so it can upgrade the virtual assistant, although the language processing engine consists of “tens of millions of variables”.

The launch of A. marks an expansion of SK Telecom’s artificial intelligence platform, Lee also said, as the A. system will be integrated into what serves as the backbone of its language processing services such as the NUGU smart speaker. .

Users of the first version of A. will be allowed to choose from five different characters, eight voice tones and two Korean language modes, formal and informal. 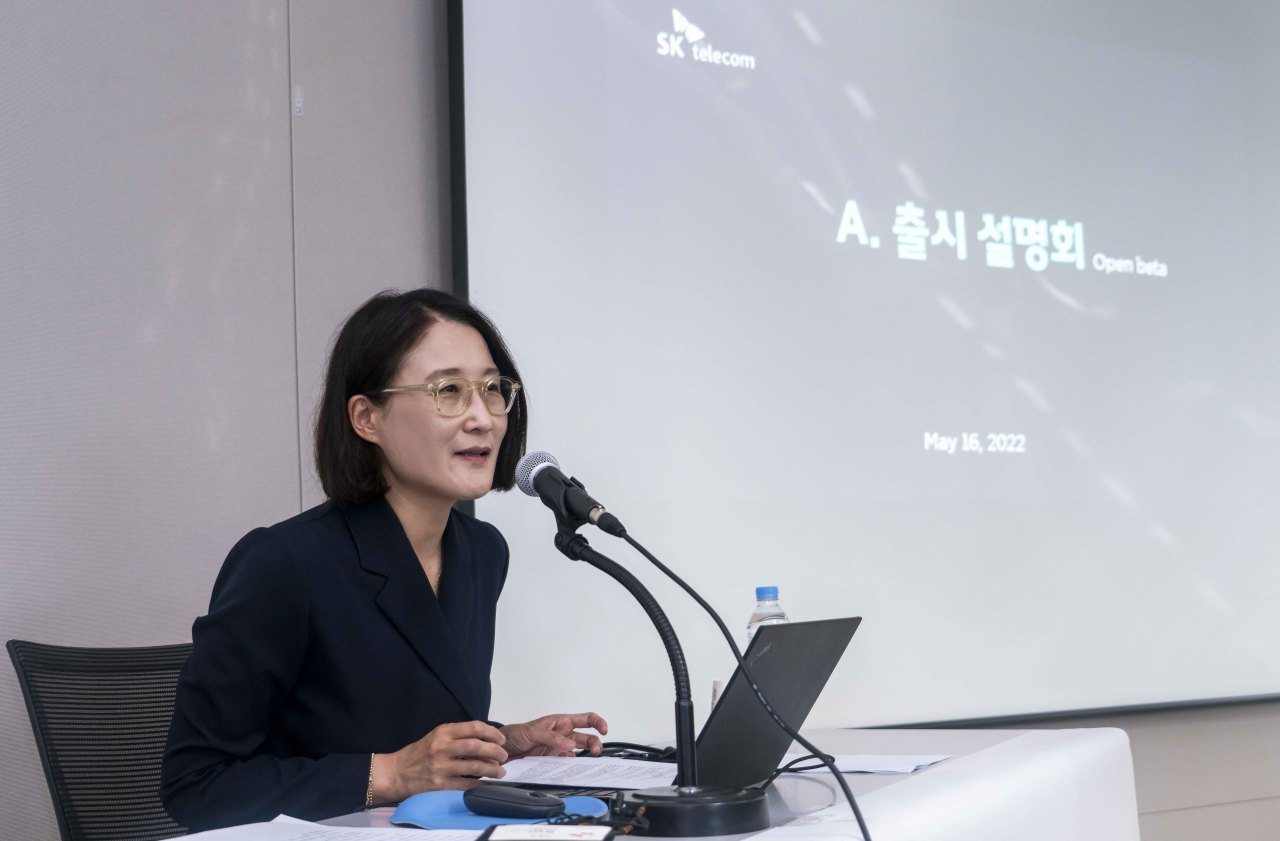 The character options are designed to provide users with a sense of emotional attachment to A.’s visual agent, said Yea Hui-kang, vice president and head of brand strategy office at SK Telecom.

“We expect users to create an emotional touch from the characters, as the characters provide a sense of intimacy based on verbal interactions,” Yea told reporters.

SK Telecom said the pool of available content A. is able to handle will expand with more collaborations with third-party entities throughout this year.

In addition, A.’s multimodal understanding will be available next year, so that he can understand and process input in the form of words and pictures.

Regarding the issue of personal data protection and information bias, Lee Sang-ho, chief technology officer of SK Telecom, said the company “filters” sensitive and biased information so that A. treaty.

The voice assistant’s open beta is available for free download on Google Play and App Store One Store starting Monday, and will be available on Apple’s App Store in June.

This comes against the backdrop of global competition to gain an edge in the virtual assistant market using large-scale AI models.

Last week, Google announced its latest laMDA 2 language processing model for a more advanced dialog application, along with its features that removed the need for users to engage in “Hey Google” chats and understand fillers. verbal.

Also in Korea, internet giants Naver and Kakao have shown interest in the market for large-scale AI engines that understand and process Korean languages. LG Corp., a holding company of the LG conglomerate, has engaged in multimodal language processing projects with its engine called Exaone.

Thursday, October 14, 2021, 1:45 p.m.Press release: My virtual assistant Across New Zealand, virtual assistants (not the robot variety) dressed up for their most high-profile event of the year. The New Zealand Virtual Assistant Network and The VA Foundry presented the 2021 NZ VA Awards which took place on Saturday September 25 online. The NZ […]

What You Need to Know About Amazon’s Virtual Assistant

Siri and Google Assistant may be kings on mobile, but Amazon’s Alexa dominates the smart speaker market in the United States. The e-commerce giant’s voice assistant was launched in 2014 and has since conquered the smart home market despite onslaught from Google and Apple. Alexa may not be coming to your phone, but that doesn’t […]

The AI-driven system can now manage prescription renewals and book appointments for customers seamlessly in real time. VetPawer’s AVA (Automated Virtual Assistant) now has the ability to automatically process prescription refills when a customer calls to schedule an appointment. AVA is an AI virtual assistant that can answer phone calls and manage appointment scheduling with […]