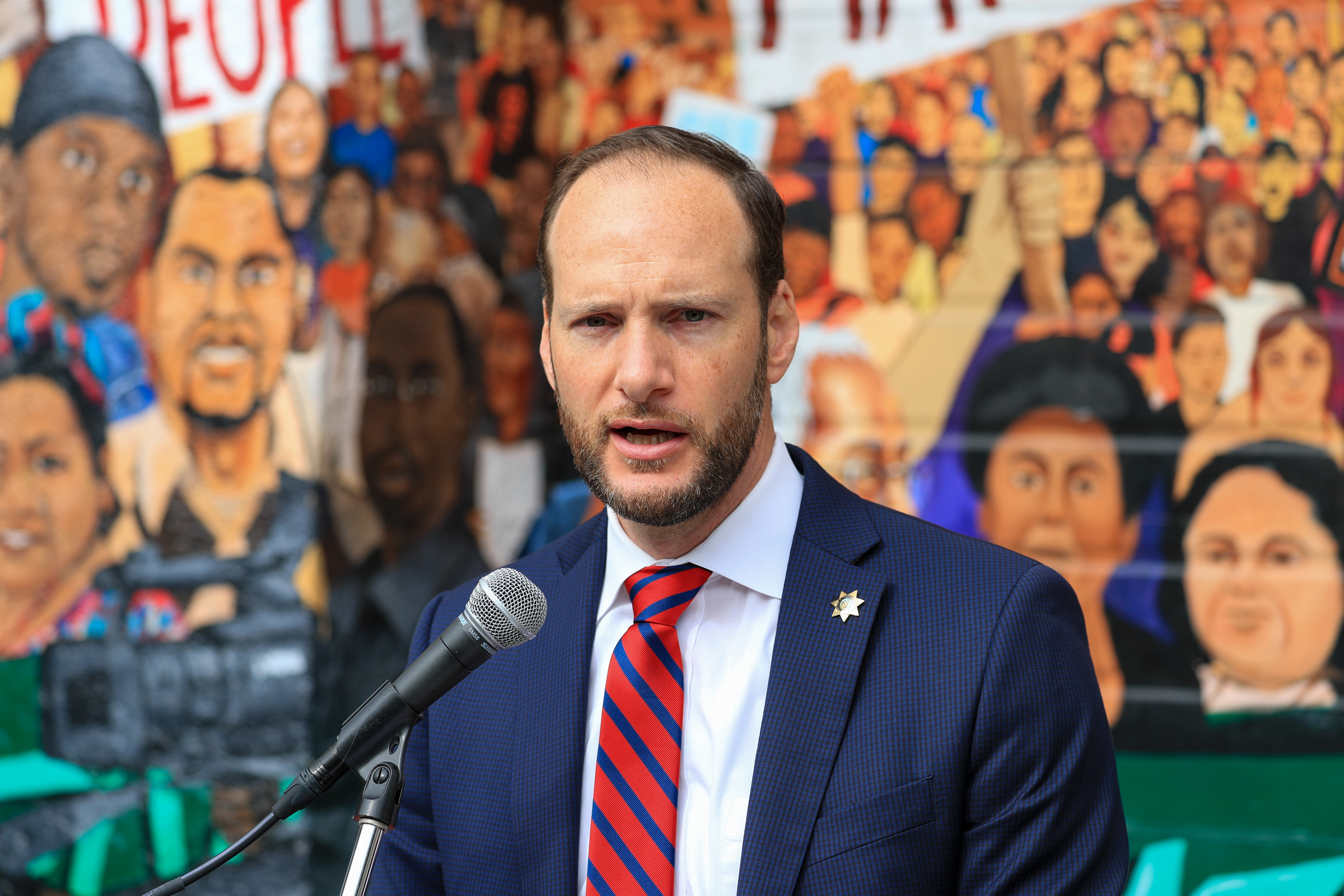 It can be viewed at: https://www.facebook.com/SFDistrictAttorney

Partnership with Giffords Law Center to prevent gun violence; Brady united against violence; Heal 4 our families and our nation; and UCSF’s Wraparound Project, the event engaged gun violence survivors, community leaders and violence prevention practitioners to “discuss gun violence and proven solutions,” according to Boudin, who called gun violence in the United States an epidemic.

“As a district attorney, I see the terrible impact of gun violence in our communities, especially in our black and brown communities,” said DA Boudin. “We need to change the way we approach this issue. Gun violence is an epidemic that infects the entire nation, and together we must stop the spread. »

Keynote speaker Tinisch Hollins, executive director of Californians for Safety and Justice, noted that gun violence, especially in communities of color, is not new.

“Security is not the absence of crime, it is the presence of well-being. My security should not come at anyone else’s expense, and I would ask the same of everyone else,” said Hollins, who argued that the United States continues to fail due to a “one-dimensional focus of punishment” and needed to “invest in our communities” to break the cycle of violence.

“We need to center the voices of those affected in policy decisions. Our exclusion from policy conversations is the reason our public safety system fails to provide real security to our communities. It is essential that decision-makers hear our voices now. Because more than anything else, most survivors just want what happened to us to never happen to anyone else again,” Hollins said.

A panel, “Community Approaches to Gun Violence Intervention,” moderated by Boudin, focused on what a community can do to end gun violence.

According to a synopsis from the prosecutor’s office, the “panelists agreed that we must treat community violence prevention programs as an essential part of public safety and fund them accordingly.”

“We need job security for programs and workers. You have to pay the people on the ground doing the work and make sure they can feed their families so they can keep doing the work,” said panelist Caldwell.

Julia Orellana noted the work of the UCSF Wraparound Project, a national model that has been adopted by multiple jurisdictions. It provides victims of violence with mentorship and access to essential harm reduction resources.

Like Caldwell, Orellana said, “It’s funding — we have the services and we’re pioneers — but we need more funding.”

Carrillo said trust is created when community members work with law enforcement, saying, “We are in the community to promote trust – because once trust is built, young people listen – we can figure out what they need to get them out of the block. When all agencies work together to help change the future, we can connect the dots to help someone change their life. »

“The most important element is trust – we have the trust of certain people, they would say certain things to us or do certain things with us that they wouldn’t do with other people – going back to what Tinisch has say, we’re able to listen to the need and then be able to connect to the services,” Smith said.

Corpuz Jr. insisted that it takes everyone to end gun violence, explaining, “It takes the hood to save the hood. It’s all of us or none of us, because when someone gets shot, guess what, we’re all affected. We must all work together, united under one umbrella to get rid of these weapons. »

The second panel, “Moving to a Public Health Approach,” moderated by Mike McLively, policy director of the Community Violence Initiative at Giffords Law Center Against Gun Violence, explored the “need to refocus the understanding of gun violence violence in our community – recognizing that gun violence prevention solutions require a collaborative approach,” according to a statement from the DA office.

Cespedes spoke of “the need to work both locally and regionally to develop strategies not just to prevent violence, but to ensure that the drivers of violence are recognized on a larger scale…Violence prevention must localized, but the assessment of violence must be broader.

Scott said agencies should work more closely, noting: “We need to do more to work to build trust and create space for community participation to deal with cases. When we do the right thing and treat people with dignity when they come forward, it goes a long way to building that trust.

Cespedes said, “The infrastructure and safety nets and systems that were initially fragile in the marginalized community are now breaking down. Agencies that meet day-to-day needs are overwhelmed. We need to reinvest in our communities.

Finally, the third panel, “Centering Survivors of Community Violence”, was aimed at survivors of gun violence.

The panel was moderated by Kasie Lee, Chief of Victim Services for the District Attorney’s Office, and included Mattie Scott, Executive Director of Healing 4 our Families and our Nation, and Ashely and Michelle Monterrosa of Justice4Sean.

“Having lost loved ones to gun violence, the panelists courageously shared the impact of that loss on their daily lives and how they have dedicated themselves to standing up for families who have suffered unimaginable loss,” the office explained. of the DA in its post-panel statement. .

Scott recalled, “It’s about all of us, or none of us. It’s being fair to everyone – giving everyone the same amount or the same respect. Where is the respect accorded to mothers whose children have been killed – when they are not notorious victims? We need more compassion; we need more resources – we need services for all victims of gun violence.

Ashley and Michelle Monterrosa, who lost their brother Sean to police brutality, promoted the passage of SB 299, legislation sponsored by DA Boudin. The measures give survivors of any crime access to help with medical costs, funeral costs and counselling.

The Monterrosa siblings added: ‘No matter how long it’s been – 1 year, 5 years or 25 years – you feel the loss every day. We need to make sure all victims get the same resources and support and we need to keep showing up. »

Daffodil Day is more important than ever this year for the Irish Cancer Society, as fundraising income has fallen by €2 million during the pandemic. The charity’s acting CEO, Conor King, said a “community of friends, volunteers, patients and researchers” had supported cancer patients over the past year. But last year fundraising revenue plummeted 50% […]

Overview The AARP is the nation’s largest non-profit, non-partisan organization dedicated to empowering people 50 and over to choose their lifestyle as they age. With a national presence and nearly 38 million members, AARP strengthens communities and advocates for what matters most to families: health security, financial stability and personal development. AARP also produces the […]

Next date: Wednesday 07 December 2022 | 7:00 p.m. to 8:30 p.m. Join the S. George Mason Drive Multimodal Transportation Study team for the launch of the public engagement round! We will reintroduce the study, its context, history and purpose, cover what we heard during the first two rounds of public engagement, and present the […]