Join the CEO, Author and Podcast Host of the Fuchsberg Jerusalem Center Stephen Daniel Arnoff for a special conversation with Seth Rogovoyeditor of the Forward and award-winning author of “Bob Dylan: Prophet Mystic Poet, The Essential Klezmer: A Music Lover’s Guide to Jewish Roots and Soul Music”, and the forthcoming book “Within You Without You: Listening to George Harrison”, at a global event celebrating the release of Arnoff’s new book, “About Man & God & Law: The Spiritual Wisdom of Bob Dylan.” 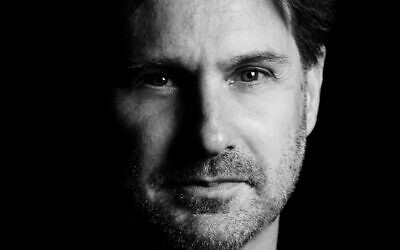 Register for the virtual event here.

Below is an excerpt from “About Man and God and Law: The Spiritual Wisdom of Bob Dylan” by Stephen Daniel Arnoff, e-book available now and paperback released May 3:

Bob Dylan was in the right place at the right time when he arrived in snowy Manhattan in January 1961, acoustic guitar in hand, a twenty-year-old college dropout. The world was ready for someone to combine the traditional entanglements of man, God and law with the energy of popular music.

A proto-punk with confidence and ambition, a sublime ear for a tune, a poetic heart and plenty of attitude, Dylan was quick to come up with contrarian takes on just about anything a rebel without a cause might have come up against. raise: family, politics, gender, work, race and the constraints of identity itself. By the time he was twenty-five, dealing with a variety of musicians, including those who would later be known as The Band, and already a folk music exile just a few years after catching himself the so-called folk revival virus, Dylan had made a name for himself unfolding new “roadmaps for the soul” as sung in his 1965 composition “Tombstone Blues”.

Barely a decade after James Dean’s cinematic portrayal of an archetypal rebel without a cause in the film of the same name and only nine years after Elvis first appeared on The Ed Sullivan Show, Dylan has joined a path of spiritual wisdom. , tracing three millennia from the shaman’s lair. , the priest’s sanctuary or the scholar’s study in Alexandria, Athens or Rome at the Cavern Club, Cafe Wha? and at the Apollo Theater at the dawn of a spiritual and cultural renaissance called rock and roll. This Jewish kid from Hibbing, Minnesota cultivated the hidden gifts of popular music as a new way to express and explain spiritual wisdom that had been forming for a very long time.

Rock has kept pace with Dylan’s intuitions and restlessness, walking in time with the march of liberation movements beginning anew, invoking civil rights calls for people of color, women, and the LGBTQ+ community. She witnessed assassinations and wars, and wrestled with the dilemmas that the realignment of society required. While it would eventually inform all varieties of musical, cultural, and commercial expression, rock’s best challenged and redirected authority, encouraged disruption, and documented and celebrated itself in real time with long turntable liturgies played by a pantheon of prophets, priests, shamans and seers. 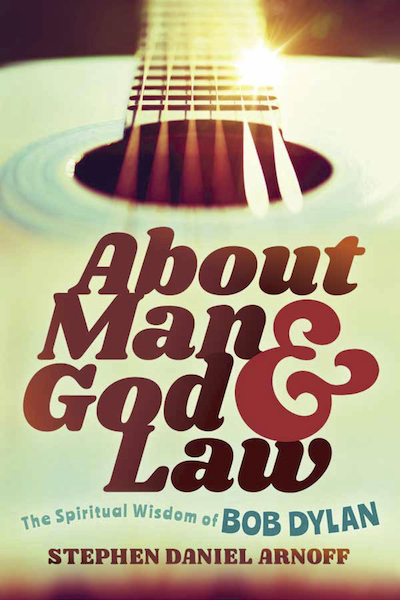 The names in the rock pantheon were simple at first, as were the names of their fans and followers – Bob and John and Mick and Paul, and soon Jimi and Janis and Sly and Joni too. But descriptions of the bands that animated rock’s life and times revealed an emphasis on spiritual struggle and salvation at the heart of one musical movement: the Doors; the Miracles; the Temptations; the grateful dead; Credenza Clearwater Revival; Black Sabbath; shock; Genesis; Journey; runaways; the treatment; Nirvana; The child of destiny.

As it evolved, musical salvation in the age of rock could be a kitschy soundtrack for teenagers caught between domestic life and the anvil, like Meat Loaf’s “Paradise by the Dashboard Light,” or if sweet that it could make you sick, like in Mike Reno of Loverboy and Ann Wilson of Heart’s “Almost Heaven.” But it also sparked a mystical walk to the end of the world in a certain Led Zeppelin song about a lady, a staircase, and the mythical mysteries of glitter and gold. It was Joni Mitchell (then Crosby, Stills, Nash & Young) inscribing the faces of Woodstock Pilgrims in sacred light, or Pete Townshend of The Who hoping to die before he grew old and then claiming that every song he ever wrote was actually about Jesus. It was U2’s Bono on his knees, sometimes unbearably, asking eighty thousand other people to join him in prayer, or Aretha Franklin every time she opened her mouth to sing – “using the loudest possible degree the gift that God has given [her] to use” – while blending images of romantic and divine redemption in a single verse.

Even when it goes too far, and perhaps especially when it goes too far, popular music, like religion, seeks personal and communal transcendence. It mixes the grit of this world and the glitter and gold of the world to come to expose spiritual needs that have become increasingly difficult to understand or meet. Bob Dylan catalyzed much of a metamorphosis in which culture makers and spiritual seekers could discover through popular music the wonders of their own depths while embracing something greater than themselves.

Since he was a twenty-year-old newcomer to New York City singing “See That My Grave Is Kept Clean,” Dylan’s musical personas have contained multitudes, an eclectic cast of seekers who have accompanied him to the present day. today. As Greil Marcus writes in Invisible Republic: Bob Dylan’s Basement Tapes, “In a signal way, he was the Folk, and also a prophet. As he sang and wrote, he was the slave of the auction, the prostitute chained to her bed, a young questioner, an old man looking back with sorrow and regret.

What most of the characters in Dylan’s six-hundred-plus-song corpus have in common — whether they find it or not — is a search for salvation.

In crafting his songs for salvation, Dylan affirmed the possibilities of a spiritual voice in popular culture, not just popular music. Not only is Dylan a musician with interests and skills that take him and his work beyond music; he is also an influential artist and influenced by show business in all its forms. Dylan ironically called himself “just a song and dance man” at those mid-1960s press conferences. During his early days in Greenwich Village, comics like Lenny Bruce and Richard Pryor honed their numbers. and established new cultural programs on the same stages as Dylan and his fellow folk singers.

Theatre, fine art, dance, poetry and all varieties of creative expression also flourished in the village – another reason why Dylan was in the right place at the right time as an artist. In the same way that Dylan describes coming across many “traditional” folk and blues artists of the 1920s and 30s “rediscovered” on the folk circuit as his reputation grew, he worked side by side with all kinds of artists, artists and “men of song and dance” plunged into creative and commercial turmoil.

Part of Dylan’s act has always been (and still is) just putting on a show. And yet, in a scheme of Dylan obscuring who he was or what his job was, around the same time he joked that his act was mostly a showbiz shtick or even some kind of minstrel, he also asserted in interviews, on records and from the stage that his creative goals intertwined with the same aspirations that had defined religion through the ages. Tongue firmly planted in cheek, feet on the ground and head in the stars, Dylan has made it acceptable – and even expected – for popular musicians from Sam Cooke to Taylor Swift to ask their own versions of the questions of meaning that Dylan has outlined. for pop vocabulary.

About Man and God and Law listens to Bob Dylan’s work as a journey through the life and death riddle of salvation, his songs as a collection of recipes for redemption, notes and marks in and out of time about the purpose of things, meditations on the possibility of meaning in a world where traditional myth and ritual have often led people farther from spiritual emancipation than they have pushed them towards it .

On the occasion of Dylan’s induction into the Rock and Roll Hall of Fame in 1988, Bruce Springsteen affirmed the majesty of Dylan’s spiritual vision and the power of his spiritual wisdom: “He [Dylan] had the vision and talent to expand a pop song until it contained the whole world. He invented a new way of sounding for a pop singer. He broke the boundaries of what an artist could accomplish and he changed the face of rock and roll forever and ever.

We tell a critical story

Israel is now a much bigger player on the world stage than its size suggests. As a diplomatic correspondent for The Times of Israel, I am well aware that Israel’s security, strategy and national interests are always under scrutiny and have serious implications.

It takes poise, determination, and knowledge to accurately convey the story of Israel, and I come to work every day aiming to do just that.

Financial support from readers like you allows me to travel to witness both the war (I have just returned from a report in Ukraine) and the signing of historic agreements. And it keeps The Times of Israel the place readers around the world turn to for accurate information about Israel’s relationship with the world.

If it’s important to you that independent, factual coverage of Israel’s role in the world exists and thrives, I urge you to support our work. Will you join the Times of Israel community today?

BEAVERTON, Ore., May 05, 2022 (GLOBE NEWSWIRE) — Open Scalable File Systems (OpenSFS), a leading nonprofit organization that advances and coordinates the Luster file system community, announced plans for the group of Luster 2022 users (LUG) conference. LUG 2022 will take place May 9-11, 2022 in cyberspace, hosted by OpenSFS and the University of Tennessee […]